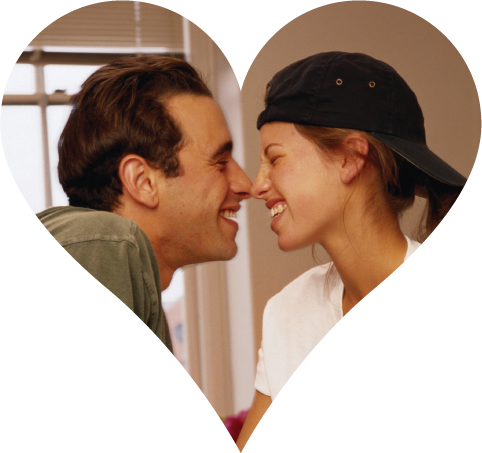 Often we think an unhappy couple has only two options:

But there is a third option, and many couples successfully take this other road. In an exciting new study, couples participating in a national survey were asked to rate their marriage on a scale of one to seven, with one being very unhappy and seven being very happy. Those who rated their marriages a "one" had incredible turnarounds just five years later – if they stayed together. In fact, 77 percent of those giving their marriage a very unhappy "one" rated their marriage as a "seven" after five years. Was there some breakthrough therapy involved? No. In fact, many did relatively little – they just "stuck it out" and things got better.

As mentioned earlier, another study found that about 60 percent of marriages that ended in divorce were not bad marriages, but average. They had average levels of positive interactions and average levels of conflict. Basically, these marriages were "good enough" but could be improved. Most marriages go through emotional ups and downs – times of great happiness and times of boredom and fatigue.

To have good marriages, we need to ride out the "lows" and learn from those times so that the relationship can be strengthened. If your relationship is at a low point and you wonder what happened to the spark, there is good news. It's not too late to revitalize your relationship.

What Makes Marriages Get Better?

Researchers followed up on those couples who rated their marriages as unhappy at first and happy five years later. Here's what the couples told them were the reasons for the dramatic turnaround:

There are many ways to improve your marriage. Today, there are hundreds of tools focused on ways to build strong, healthy relationships. A few examples include weekend getaway-style marriage conferences by Family Life Today or Marriage Encounter, film series and seminars hosted by local churches under the title "Marriage Enrichment" and mentoring programs through local churches.